The OpenFOAM Foundation is pleased to announce the release of version 10 of the OpenFOAM open source CFD toolbox. Version 10 is a snapshot of the OpenFOAM development version which, through sustainable development, is always-releasable.  It provides new functionality and major improvements to existing code, with strict demands on usability, robustness and extensibility.

OpenFOAM 10 is packaged for the following platforms, with ParaView 5.6 including Mesa with LLVM/Gallium acceleration for systems without a (supported) graphics card:

The OpenFOAM 10 Source Pack can be compiled on suitable Linux platforms.

OpenFOAM 10 was produced by:

OpenFOAM 10 is distributed under the General Public Licence v3 by the OpenFOAM Foundation. 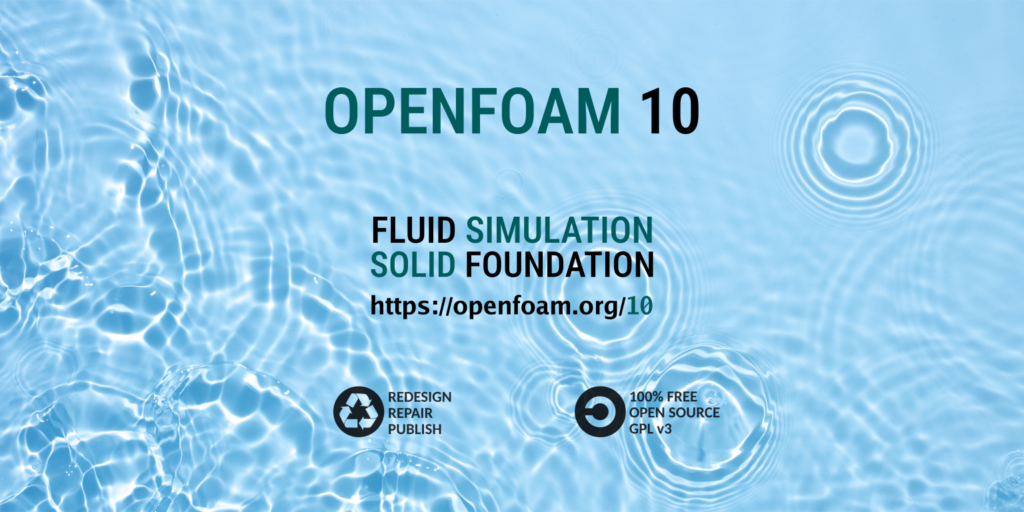 Back to top
Manage Cookie Consent
This website uses technologies like cookies to function properly. There are some technologies on the site which process data such as browsing behaviour or unique IDs. If you do not wish to give consent to process this data, click “Deny”.
Manage options Manage services Manage vendors Read more about these purposes
View preferences
{title} {title} {title}
Effective CFD with OpenFOAM