OpenFOAM can carry out post-processing (and run-time control) automatically while the simulation is running using function objects. In v2.0.0, the range of available functionality has been extended to include the following:

Below is an example of an image the elements of which are created from data files generated by function objects, rather than by post-processing the actual OpenFOAM solution data itself. The image includes streamlines, a cutting plane, coloured by velocity, and the motor bike surface, coloured by pressure. 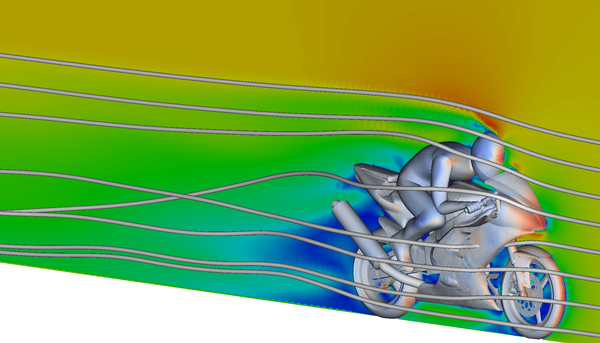 Other Changes to Post-Processing

Other new features and improvements in post-processing include the following.