A new surface film modelling library offers the capability to predict the complex behaviour of thin films with optional coupling to the bulk flow, both continuum and discrete (particle) phases, in parallel. The film equations are solved on a separate mesh region, typically defined at a surface region of a mesh, by extrusion of the surface. The system of equations is described in 2 dimensions, and can model behaviour such as transport over arbitrary geometries, including thermal effects and mass transfer. Sub-models for surface film include:

The following images show the steady film flow for flow down a vertical panel at 3 different flow rates, increasing left to right. It shows regular shedding and the formation of rivulets at the lower flow rates. 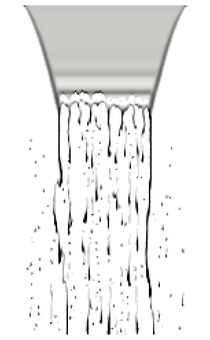 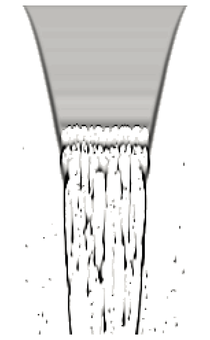 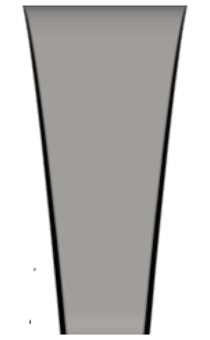 The following images show particle-film interaction on a simple wetted panel. Incident particles, displayed in red, impact the film and are either absorbed into the film or splashed. Splashing can involve entrainment of liquid from the film. The left image shows the initial state, the right image shows a later time when splashing is observed and the film height is diminished at the point of impact (centre, blue). 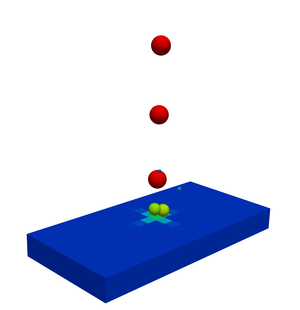 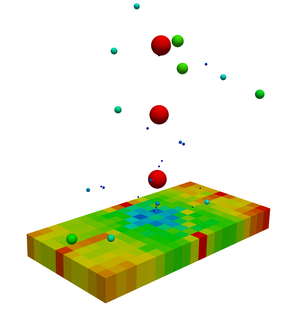 The following images show spray and film cooling. Droplets are sprayed onto the heated cubes and form a liquid film which accumulates and runs down the cube sides. Droplets detach from the bottom edges of the cubes and fall onto the cubes below and the floor. Blue colour on the cubes and floor indicates accumulated liquid. 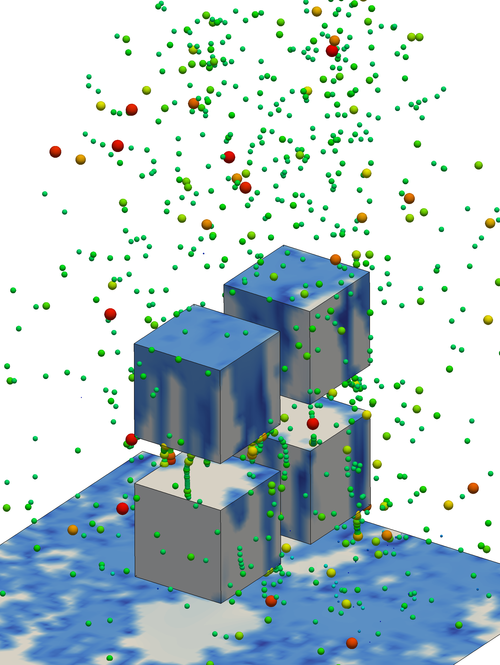