The OpenFOAM Foundation is pleased to announce the release of version 7 of the OpenFOAM open source CFD toolbox. Version 7 is a snapshot of the OpenFOAM development version which, through sustainable development, is always-releasable.  It provides new functionality and major improvements to existing code, with strict demands on usability, robustness and extensibility.

OpenFOAM 7 is packaged for the following platforms, with ParaView 5.6.0 including Mesa with LLVM/Gallium acceleration for systems without a (supported) graphics card:

The OpenFOAM 7 Source Pack can be compiled on suitable Linux platforms.

OpenFOAM 7 was produced by:

OpenFOAM 7 is distributed under the General Public Licence v3 by the OpenFOAM Foundation. 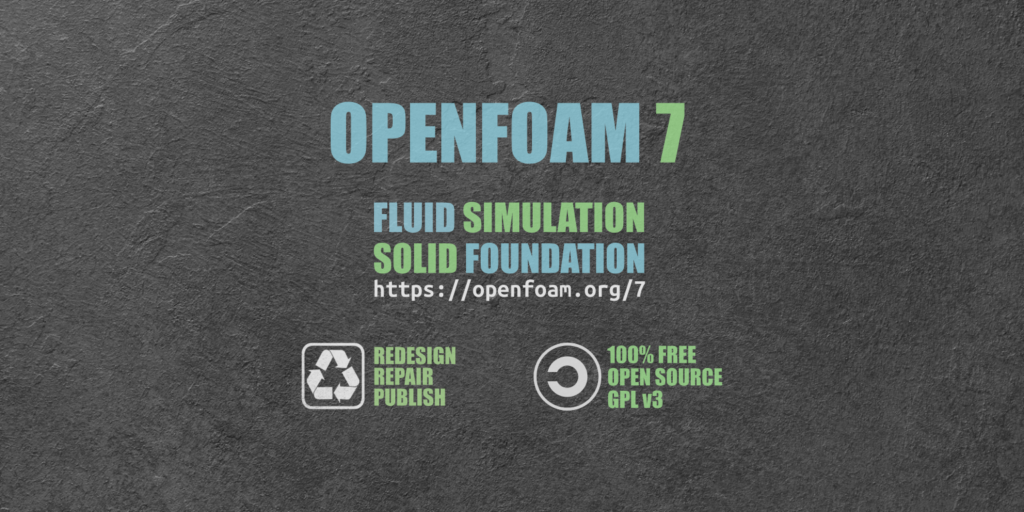 Back to top
Effective CFD with OpenFOAM